History of Krakow in last 100 years was strongly related to history of Jews living here. Because of Second World War many horrible things happens here because of evil people. But we should not forget that in those time there were good people, who saved man people as like Oscar Schindler. Nowadays Schindler Factory Tour is important part of city sightseeing.

The Factory was established in 1937 and produced tin and enamel products. As a result of the German invasion, the factory was taken over by the Third Reich and leased to a German businessman – Oscar Schindler.

The factory operated until the end of the war in 1945. Currently, it houses the Oscar Schindler Museum at Lipowa 4.

When Oscar Schindler took over the Factory, he was to produce equipment also for the army of the Third Reich. Therefore, he had to expand the entire factory and hire a lot of people.

Initially, mainly Poles worked here, but in 1943, during the liquidation of the Krakow ghetto, the remaining Jews were transferred to the camp in Płaszów, where they were forced to work hard.

Thanks to his power, Schindler influenced the decision of the commandant of camp who transferred some of the Jews from the camp to the barracks next to his factory, where they began working for Schindler.

In 1944, more than 1,100 people worked in Schindler’s Factory, unfortunately due to the unsuccessful Eastern campaign for Hitler, the camps were evacuated and liquidated.

The Factory was to be moved to the Czech Republic – Brnenec town. Schindler knew that this would mean the extermination of most of his employees, so he and his accountant devised a plan to save them – he created the so-called “Schindler’s List”. He “bought” all his employees and transported them to a new location in the Czech Republic, where they stayed until the end of the war.

The history of the Factory and Oscar Schindler was described in the book “Schindler’s Ark“, on the basis of which Spielberg made his film “Schindler’s List“, shot in Krakow.

Where to start Schindler Factory Tour

Museum of Oscar Schindler Factory is located in 4 Lipowa Street in Krakow, not faraway from Old Town. You can reach this place by walk, by tram or bus or with electric golf cars who serves as taxi or they provide local tours.

Check also our other articles about Krakow:

Since 2007, the Museum has been located at 4 Lipowa Street, where Schindler Factory Tours take place. 45 halls with displays telling the history of people living in this district and working in the Factory were created, and the history of Oscar Schindler was presented.

You can take part in guided Schindler Factory Tour, below we explain which days you can do it:

Monday: 10:00 – 14:00
Tuesday – Sunday: 10:00 – 18:00
Free admission: Monday – the number of tickets is limited, booking possible online two weeks in advance.
The last admission to the exhibition takes place 1.5 hours before the closure of the department

You can buy all tickets online and skip queue! And sightseeing with guide take approximated 120 minutes.

You can combine your visit with doing tour in Kazimierz – Krakow Jewish Quarter. When In last 600 years lived many Jews, who transformed culture of this area, and develop Kingdom’s economy.

We can advice to book Electric car city tour, when you can firstly visit Jewish Quarter and in second part you do Oscar Schindler Factory Tour, and after that driver will drop you at your hotel or favourite location in city. 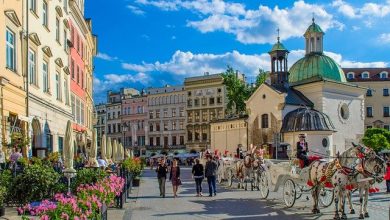 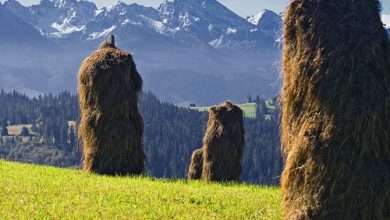 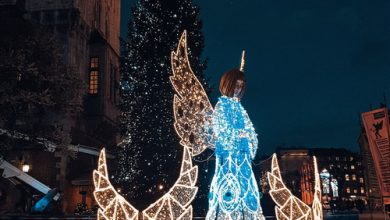 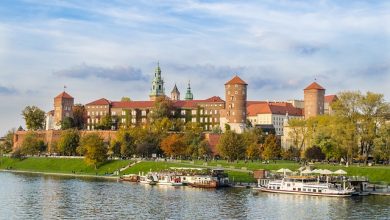 One day in Krakow itinerary