Wieliczka Salt Mine is considered as one of oldest salt mine in Europe. Each year more then million tourists visit this place and its why Cheap Tours to Salt Mine is demanded by many visitors. 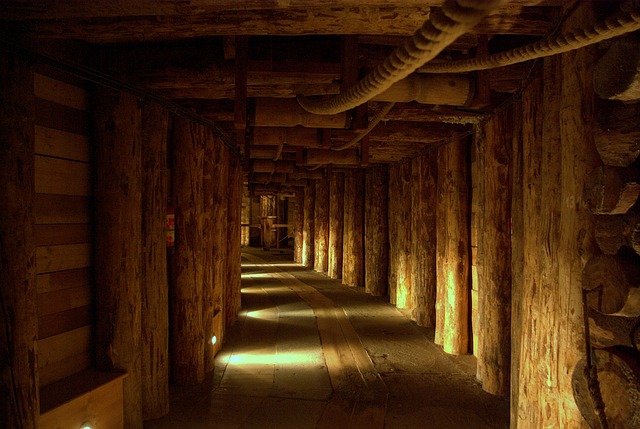 Cheap tours to Salt Mine

Wieliczka as official Salt Mine started being operated in XIII century, when there was built Saltworks Castle. In medieval era, salt was precious commodity. That’s why royal families and nobles were involved in mining this white gold.

Before XIII century salt was mined here but it was in non professional way. Later on were created first shafts, and basic technology were developed in mining industry.

From XIV century miners were protected by royal family, they even gained hospital near shafts, as it was dangerous work. Each century led a development in mining, making each year more salt being sold.

Deepest shaft is on 327 depth and total length of all passages is more then 287 kilometres. Which make it really big mine. Salt Mine operated constantly from XIII century until year 1996. From 1978 Salt Mine was placed on list of UNESCO World Heritage Sites.

Types of cheap tours to Salt mine

There are 3 sightseeing options: Tourist Route, Miners’ Route, and visit to the Graduation Tower.

Tourist Route is the most basic version for visitors. Where sightseeing is possible from Monday to Friday from 9:00 a.m. to 5:00 p.m., and on Saturdays and Sundays from 8:30 a.m. to 6:30 p.m. The trip starts in Wieliczka town in the mine building at 10 Daniłowicza Street.

The tour takes more than 2 hours. And its 3,5 km long. Part of the underground paths Tourist Route is adapted for the disabled people or that one with limited mobility. But be aware some places are with steps.

Remember that the temperature is really low in mine – around 17 degrees Celsius [62 F], so don’t forget to dress appropriately, take good shoes and warm cloths. The route is not difficult and is recommended for everyone. The route ends at a depth of 135 meters, after which you take the elevator to the surface.

On this tour you will see how salt has been mined since the 13th century, you will visit 20 underground chambers, a chapel, salt lakes, sculptures and many beautiful places created by miners during 700 years of operation are presented.

Miners’ Route is more advanced and more difficult sightseeing option. Is only recommended for people with good physical condition. In this route you will explore miners paths in darkness with a flash light, paths are difficult, and considered as adventure of exploration of real mine. Prepare good shoes and cloths.

Miners’ Route starts in Wieliczka town at Square of Tadeusza Kościuszki 9. Minimal age of participants is 10 years old. Duration of a tour is around 120 minutes underground. Be aware its quite cold there. Guide will provide you proper equipment and light.

Be aware this route is not adapted for the disabled people or that one with limited mobility, you should be in good condition to take this path. 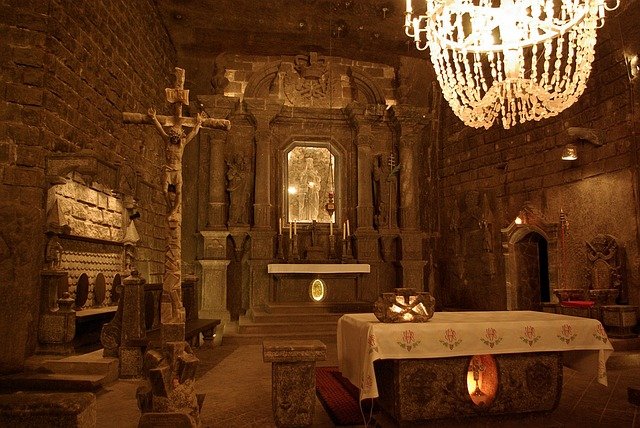 Graduation Tower is non guided tour. Salt beds and brine lakes or appropriate wooden structures create a specific micro-climate, supporting the treatment of respiratory diseases and strengthening the immune system, as well as improving well-being. Its recommended to spend there at least 30 minutes. Location of the tower is at 10 Daniłowicza Street.

Check our other articles about Krakow and local tours:

Where to start cheap tours to Salt mine

Tourist Route and Graduation Tower are located at Daniłowicza 10 street. 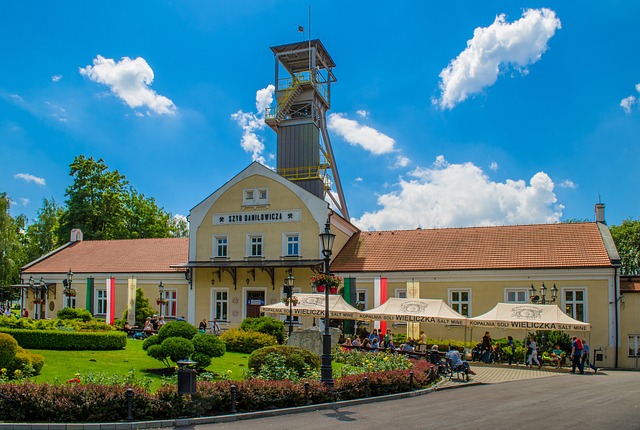 Miners’ Route starts at Square of Tadeusza Kościuszki 9. Both located in Wieliczka town not faraway from Krakow Old Town.

You can access those location by public transport of Krakow, or by train or by taxi. We recommend to use JAKDOJADE web-page for public transport and search for options how to get to Salt Mine.

There is also available cheap option of buying tour online with transportation. Where you will have a driver who will pick you up in Krakow and bring you to Salt Mine.

PRICES OF CHEAP TOURS TO SALT MINE

Cheap tours to Salt mine combined with Auschwitz

There exist popular mix of tour – Salt mine + Auschwitz-Birkenau. Its 11 hour tour, this mean you will be visiting two most important museums whole day. Its recommended if you do not have much time in Krakow, this will speed up to see both of places.

Do not worry, between Auschwitz and Birkenau there is break and also before getting to Salt Mine there is a break, so you could relax your legs. 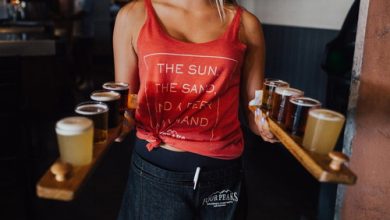 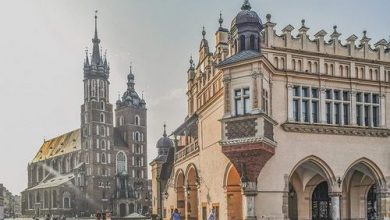 Old Town in Krakow – what to visit 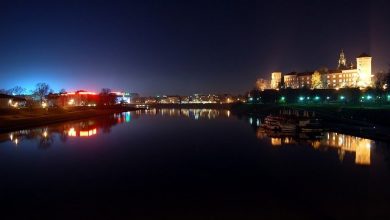 Sightseeing Cruise on the Vistula River