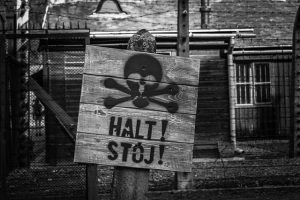 Auschwitz concentration camp (German: Konzentrationslager – KL) was located in the suburbs of Oświęcim, next to the road leading from the city center through Brzeszcze to Bielsko and Pszczyna.  Auschwitz location was not accidental.

As a result of the displacement of Polish and Jewish people from the areas adjacent to the camp and from eight villages located west of Oświęcim, in 1941 the German authorities created the so-called zone of interest of KL Auschwitz (Interessengebiet des KL Auschwitz), covering an area of ​​about 40 km2.

The western and northern border of the zone was marked by the Vistula River, and the eastern by the Soła River, while the southern and south-eastern border ran along roads, dikes and streams crossing the towns of Brzeszcze, Przecieszyn, Jukajowice and Zasole (then Łęki-Zasole).

Within the zone, a Birkenau camp was established (in the fields of the displaced village of Brzezinka) and several agricultural and breeding sub-camps.

The whole area was patrolled by SS-men, and Poles living nearby could only follow designated roads.

The occupation authorities also displaced a significant part of Poles from the areas east of Soła river, from Kęty to Zator, settling German colonists in their place.

When it happens that escape of prisoners from Auschwitz, the settlers cooperated with the SS in search of fugitives. In the north-eastern part of this area, near the villages of Monowice and Dwory, the German concern IG Farben built chemical plants – Auschwitz location was crucial for this company, because of IG Farben SS authorities formed a third camp within the Auschwitz complex, called Monowitz. 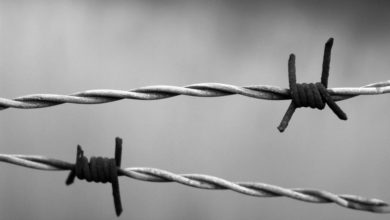 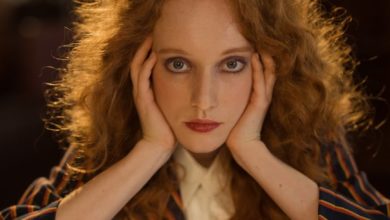 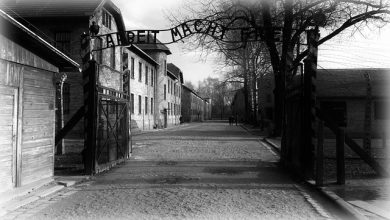