Most of Polish citizens will tell you that Krakow is beautiful during Christmas time. And its worth to visit this city during your stay in December. Temperature in this month are below 0 Celsius degree, so you should prepare yourself.

Each year in Main Market Square near Cloth-hall you can find small wooden cabins. Were you can buy amazing food – smoked cheese, sweets, dumplings, hot wine, and many more local food which you can try only in winter.

From distance you will smell hot wine with spices and scent of barbecue. You should try as many different food you can!

Also you will find many salesmen with handcraft items, toys, collectables and souvenirs – mad by local community of this region. This can be good place to buy Christmas gifts for your family. 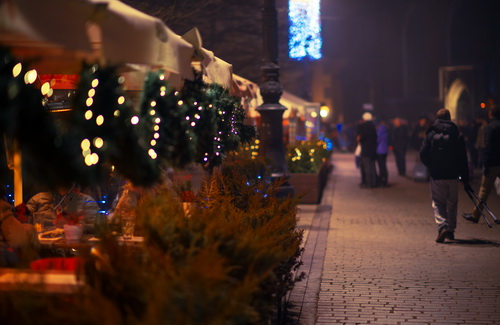 When people build own Bethlehem cribs with Jesus. Traditions became popular and year by year cribs because more advanced, more fabulous and amazing.

Its why in 1937 first Krakow Cribs contest was held. And during whole Christmas time in Krakow you can find on streets the best cribs which where best in contest.

Each year on Main Square there is held big concert for citizens. Where from afternoon starts first concerts of most famous Polish music artists. And on midnight there is prepared laser-fireworks show. Its famous event in this part of Poland and there are thousands of people participating in this music show. 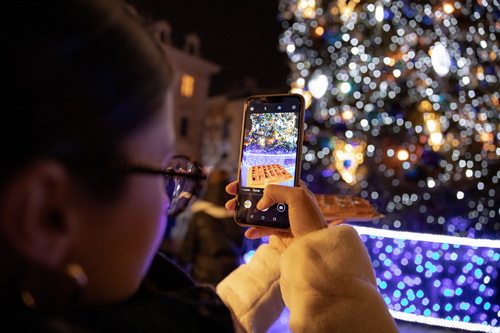 Christmas in Krakow and Polish traditions

Poland is Catholic country from more then 1000 of year. And by this time Polish people developed own special ways of celebrating birth of Jesus. We cant forgot that is not just winter holiday – its commemorate of Jesus birth.

Statistic says that 87 percent of Polish citizens are Catholic. And they follow Christmas traditions learned from parents and grandparents. Below we present most important traditions among Polish people.

Its important symbol of Christmas. And tree is decorated on 24th December not earlier!
History says that Christmas tree as tradition emerged in Poland in end of XVIII century. And it was at beginning only traditions in cities.

Because in villages and small towns there were old ways of celebrating as like – Podłaźniczka. But finally Christmas tree became common tradition to all Poles.

In last century there was custom that in villages, tree was cut on morning of Christmas Eve. And in this day, tree was set in home and was decorated by family. Bringing tree at home on morning of 24th December was a rite or custom which was providing to home a luck. And thanks to this nowadays Polish people set own Christmas tree on this day as tradition.

Its baked wafer from wheat flour and water. It is thin and it have rectangular shape, and usually it is white. Opłatek is decorated with religious scenes on it. Its important custom before starting Christmas Eve diner.

Oldest person in family or head of family say prayer and take opłatek and offers it to all family members and wishing them a Happy Christmas. All family members offers part of their wafer to other people in home and wish them all best for Christmas.

Opłatek custom is in Poland from X century.

On every Polish Christmas Eve table you will find empty spot with plate. This custom is resemblance of pagan history – people leave empty place for people who already passed away “wanderer from beyond’. Also other story says that is free place for Jesus Christs.

Because his pregnant mother Mary and Joseph was not let to any home on this day. And we let this place be free to awaits for Jesus and give him a spot in home and our souls.

Polish custom says that there should be 12 different dishes for Christmas Eve dinner. Number resemble number of months of year. And during diner we should try to all of variants of food. Types of dishes can be various, this depends on region of Poland.

Here are most common dishes served for Christmas Eve dinner:

Tradition says all food should be vegetarian. Because its fasting time. Its why all food is quite unique for that day.

In Poland Christmas Eve celebrations should start only after spotting first star on night sky. Because first star resemble Star of Bethlehem – symbol of Jesus birth. In result of this families can start together celebrations of this day. 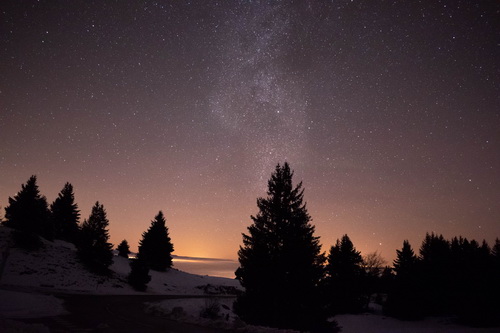 During Christmas Eve diner its time for Christmas carols – Kolędy. As birth of Jesus was happy event, people sing happy songs about Jesus.

Carols origin from old Roman songs, which were incorporated to Christian rites.

Oldest Polish Christmas carols comes from year 1424
. Polish folklore contains hundred carols. And they are sung in Churches from midnight of 25th December – its time of Pasterka. Its is special mass in Polish churches.

Pasterka commemorates the shepherds on their way to Bethlehem to greet Jesus the Lord. In Poland, it is one of the most important Christmas traditions! 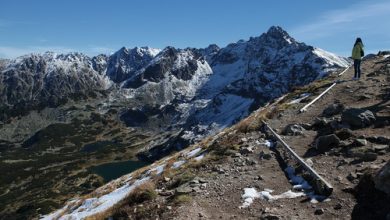 Zakopane – the winter capital of Poland 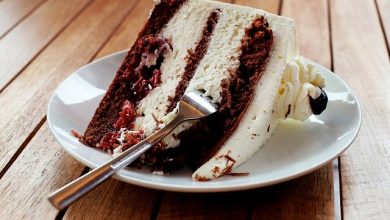 Krakow food – what you should try in Krakow